If you are a member of the
press and would like to feature
Doc Johnson Products,
please contact us here. 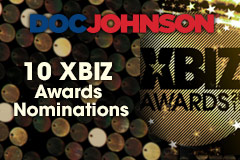 Doc Johnson has received 10 nominations in the 2017 XBIZ Awards, to be held on Thursday, Jan. 12 at the Westin Bonaventure Hotel in Downtown Los Angeles and hosted by Ron Jeremy. 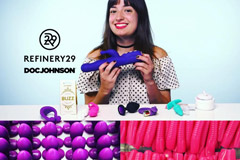 Refinery29, the leading digital media company for women, has just given their 175-plus million users a behind-the-scenes glimpse at what goes into making a sex toy at Doc Johnson. 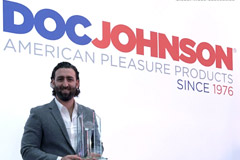 Doc Johnson Returns from Most Successful eroFame Show To Date

Doc Johnson has reported that they have wrapped up their most successful eroFame show to date in Hanover, Germany 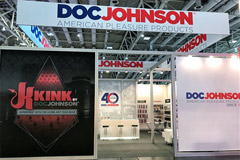 Doc Johnson is gearing up for the eroFame Show taking place at the EXPO Fairgrounds in Hanover, Germany, Oct. 5-7 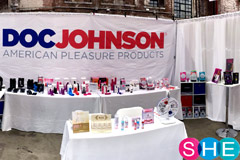 Doc Johnson is happy to report a successful showing at this weekend’s Sexual Health Expo (SHE), which took place at the Greenpoint Terminal in Brooklyn, New York on September 24-25th. 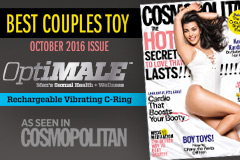 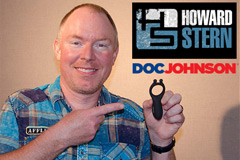 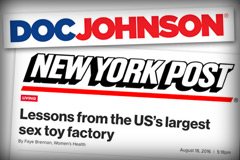 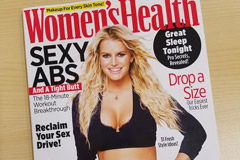 Doc Johnson was recently profiled for a feature article, entitled Sex Toys Sells, in this month’s issue of Women’s Health, which hit newsstands this week. 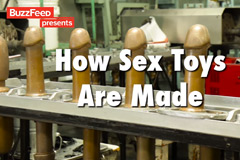 Doc Johnson has announced that its behind-the-scenes profile showcasing the adult novelty manufacturer, entitled, “How Sex Toys Are Made,” has gone viral since its July 20 release.